Home› Ashes of Creation› Role-Playing Tavern
Greetings, glorious adventurers! If you're joining in our ongoing Alpha One Preview testing, please follow the steps here to see all the latest test info on our forums and Discord! 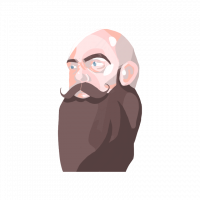 Beck Altarr Member, Alpha One, Adventurer
March 6 in Role-Playing Tavern
We are still working behind the scenes to put together shows and content for an official launch. We've had a very successful test stream with no down time and almost 500 songs with a good rotation. The goal is to double that and have different show themes at different times of day. Some with or with out hosts as well as some live talk shows.

We have a handful of fake commercials we've already produced and have plan for more, but would like to leave as much room open to the community as possible to contribute as well.

We initially wanted to go big on radio drama's and story telling but at this time there isn't enough lore about Sanctus for us to really do anything that would fit within cannon.

We have a few Show theme ideas already:

Tavern Time: These would be songs that could be performed in a tavern type setting. Little to no electric instruments, nice harmonies, good stories. Most of what I have currently in that theme is from Miracle of Sound, but this is also where we think the AoC Bards can come in with your own music and songs.

Ragna-Rock: This is a hard rock/Metal theme fit for Vikings, Dwarves and Pirates. (Been playing a lot of Valheim lately). Dwarves are themed after Vikings in many ways so it is fitting and AoC will likely feature a robust piracy theme on the high seas. We'll how Metal the Orc's and Tulnar are...

Just a couple ideas to keep this post small. There is going to be a lot of flexibility in the play lists and the radio isn't meant to be 100% in theme/character to Ashes of Creation. While we hope to have hosts who will Role Play in the world of AoC, clearly the music isn't created or from the world of Sanctus or Vera and We have some ideas about how that happens.

If you would like to help out with this unique Content Creation unlike any other or have music/songs you would like to contribute please let us know. The stream is off currently as it's a bit of money to maintain and we're not quite at the point where we think we can keep it up or show off enough AoC content. We still have lots of time before launch and we want to use it it build up our content and relationships with the Bards of AoC.

We look forward to hearing your stuff and your ideas. Thanks for all the support we have gotten so far. Feel free to Follow us on Twitter: @PhoenixRadioAoC The website is still a work in progress: https://phoenixradio.online If you have skills with wordpress and can help out, let me know as well.