Presentation and question about LatinAmerican servers 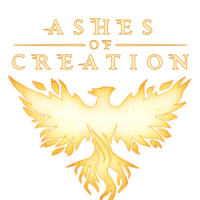 This is my first post, my name is Volkyr, I'm from Argentina and I consider myself passionate about MMO's. Together with some friends we look forward to the launch of Ashes of Creation and we want to know if there will be Latin American servers, since we hope to enjoy this masterpiece to the fullest, we go through many games of this type and we believe that this will be the definitive one.

Congratulations to the developers and the entire team, you are doing an excellent job, I hope you can answer my question.
We will see you in Verra...