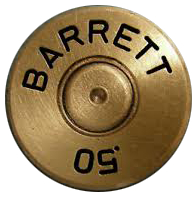 Neaux Member
April 5 in General Discussion
Just a little fun brainstorm since I saw a couple of topics on it.

The best way I can think to do this would be to have a signup sheet, a system to pick the best 50 players (or whatever) based on some criteria and then have players pick a class and subclass from a template system and assign experience points in a fashion that they feel would best counter what another competitor might choose - then work their way up a 1v1 arena chain using that template.

With templated character gear, limited augments etc it would balance against pay-to-win, being carried or other unsavory tactics and winning would demonstrate that they are the most knowledgeable about which classes others might pick and how to play against those classes. Combatants could play the class they were comfortable with or any other class/subclass combo of their choosing and if there became a common meta or flavor of the month then the player would have to work within that system to design a build/strategy that would beat that meta or predict and defend against those play styles.

If one predominant class/subclass combo rose to the top then that would reveal itself to the devs and actually have the added benefit of helping them to identify and 'adjust' that overpowered combo.

The system might be a little front-heavy to build but it would be a breeze to maintain by not having to address the countless combinations of pay-to-win and other methods players and guilds might come up with to game a different system.

Just think of it as putting together a tournament card deck for something like Magic the Gathering except in this case the winner demonstrates good knowledge of all of the games combat systems and class abilities.
1