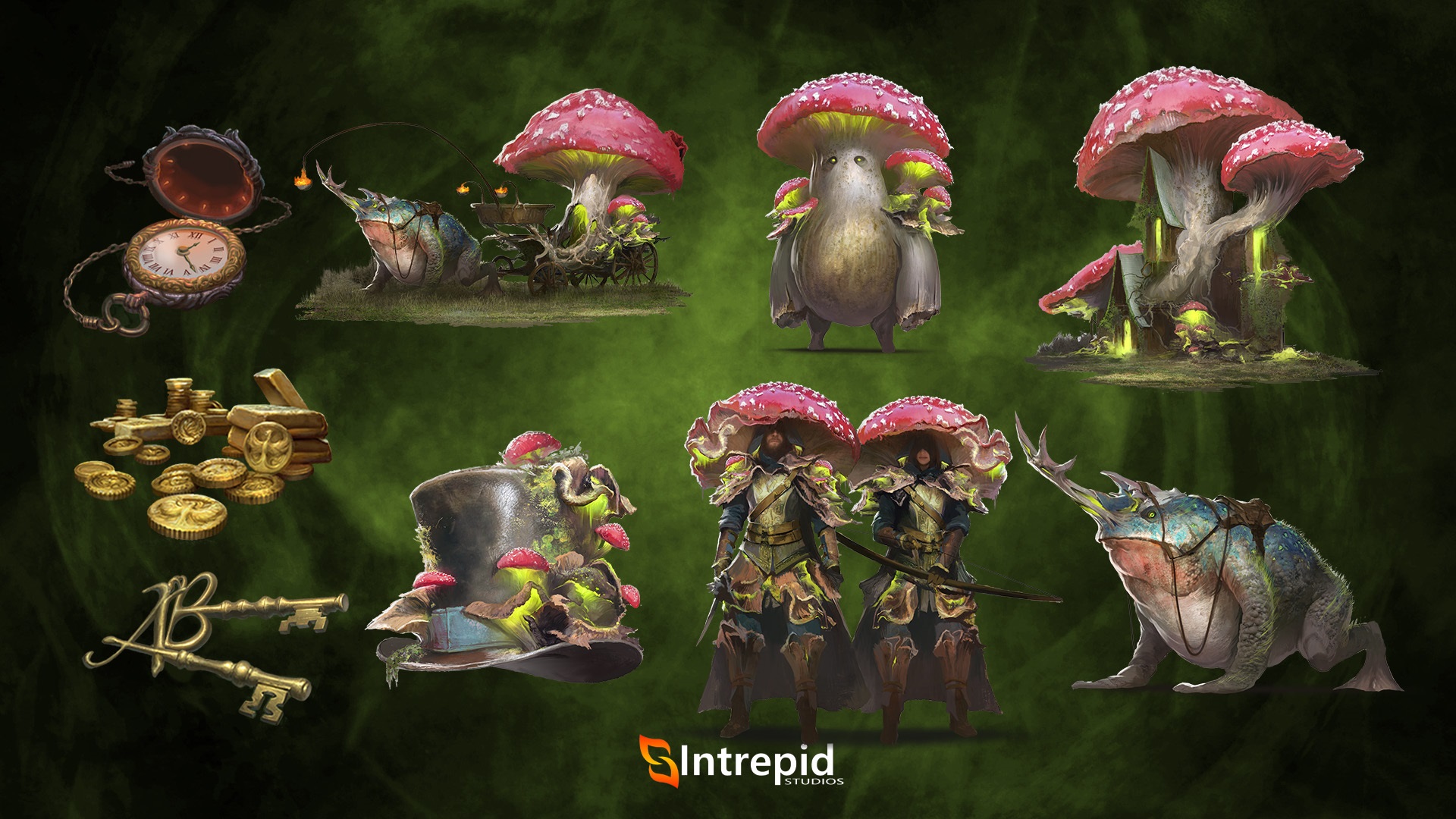 A bright and fantastical place populated by winding stems and luminescent spores, the mushroom forests are as lethal as they are beautiful. Sentient fungi plod around the landscape, often indistinguishable from their inanimate compatriots until after it is too late. Despite the danger, some thrive in this blighted place, nearly becoming one with the land itself.

For more information, check out our news post: https://ashesofcreation.com/news/2021-04-06-from-the-undergrowth