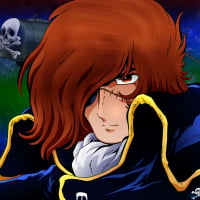 The Shartooth Pirates is a newly formed guild looking for members. In AoC, our main goal is to build a powerful fleet that can topple our enemies and rule the seas of Verra. Thus, a lot of in game resources, as well as time will be spent expanding our power, reputation and weaponry.

We will primarily focus on pvp, but some aspects of pve will be implemented to improve our gear, such as dungeons, world bosses, and possibly raids.

Every member will be allowed to keep the loot they collect; however, there will also be a weekly cash bonus from our voyages which will be fairly distributed amongst all members (if possible).

Anyone can join, as long as you are friendly, and speak english. We expect you to be kind, friendly and respectful towards each other, and never get too toxic.

We have noticed that a lot of guilds have assigned roles such as "crafters" or whatever, but in our pirate crew, we believe that no one has to stick to one task, but instead have more freedom.
We plan on claiming a node as soon as we step foot in Verra, and upgrading it as soon as possible. Along with the node, we will become more powerful, and ensure that everyone is equipped with formidable gear.

Since this guild is so new, there are a few special roles available, such as ten fleet commanders. These roles will receive server privileges, bonus loot in-game, as well as getting a bigger say in changes to the guild.
https://discord.gg/gFuVBPdBRa
Join our Pirate Crew : the Sharktooth Pirates! Let's have an adventure on the seas of Verra and kill our enemies!