walalaboom Member
May 4 in General Discussion
Hi Everyone,

Steven once said in an interview with Asmongold, he has "taken inspirations from the many mmos/rpgs [he] has played in the past...Each of which contains some reference to a system that is in ashes that [he] thought did well...Why not combine all these systems together into a game that represents...a direction [players] want."

By the same token, I would like to see AOC take inspiration from many of the games I have played in the past. Starting with in the category of Parlor Games, which plays a big part in fostering a lively social environment and economy for the game. I think a great example of success in this category is a game called Puzzle Pirates.

Puzzle Pirates is just what it sounds like. It is a role playing game where players are pirates fighting for fame and fortune in the 7 seas. At its core, the gameplay revolves around puzzles. For example, the naval navigation and combat system is essentially a live puzzle: https://yppedia.puzzlepirates.com/images/3/3a/Seabattle.png

But besides the naval combat, I really enjoyed the parlor games which take setting in the Taverns/Inns of each island. Some notable games are Treasure Drop, Sword-fighting, Poker and Carpentry, which are all skill based games that pit players against each other in an epic battle of wits. 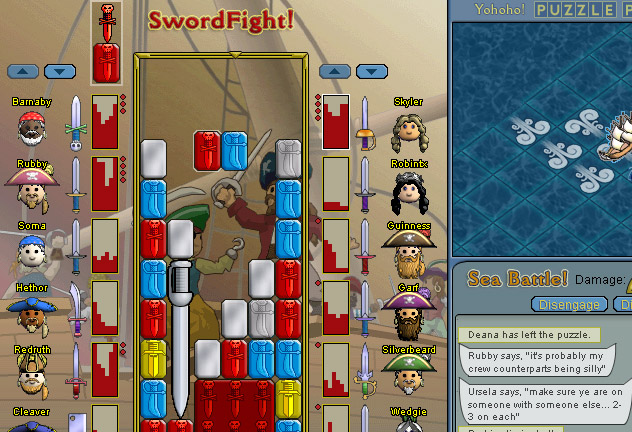 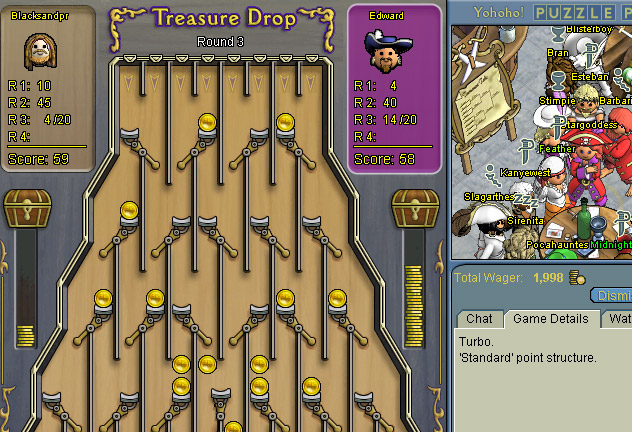 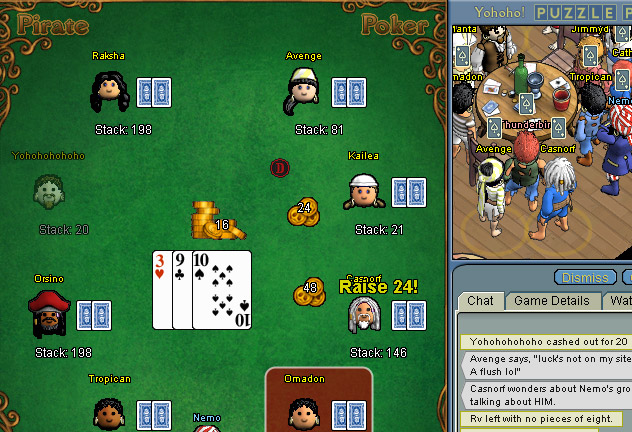 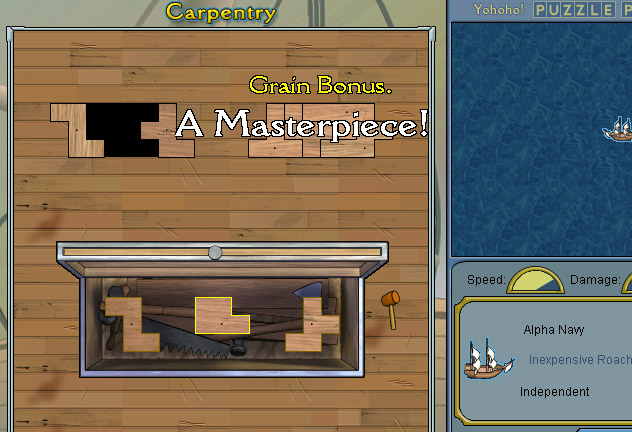 I think some key design features we can learn from Puzzle Pirates are as follows:
1. The puzzle standing, fame, reputation and rank systems. They help to create degrees of freedom to access and ability to wager. https://yppedia.puzzlepirates.com/Rank

2. Badges, which provide access to in game activities at a monthly cost (in game currency) as a way of controlling number of participants and generates economy. I also think it discourages griefing plays. https://yppedia.puzzlepirates.com/Badges

3. Jobbing, where players can take on a "job" to participate in a voyage with a crew. After each battle, they would be paid depending on the amount of loot and their own individual performance in the station they are assigned. https://yppedia.puzzlepirates.com/Jobbing