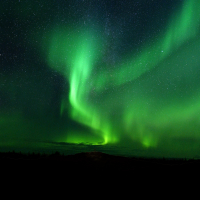 Jerec Tharen Member, Alpha One, Adventurer
May 2021 in Role-Playing Tavern
Hey all, starting to get hyped up for the game so I thought I would start to get involved in the forums some to release the steam a little. Wanted to start off by getting some of my ideas for my character down on paper so to speak. Would love some feedback on my ideas, and how realistic this will be to implement in the game with the knowledge we have right now.

So without further ado:

My name is Jerec Tharen. I am a Niküa who has grown up traveling the seas, hearing the stories of many peoples. I love stories, hearing them, sharing them, and even coming up with a few of my own. This has inspired me to become a Bard.

Growing up around sailors, you hear a lot of stories, and superstitions. Most of them conflict with one another, and none guarantee safety on the treacherous seas, a fact I was forced to face when set upon by a terrible storm and ship-wrecked on a desolate island for a week. My parents made sure to inspire me with a respect of the gods of our religion, but after that terrible experience, I cannot find it in myself to have faith in something that led to such an event. How can I abandon the rules and commandments that were instilled in me during my youth though? Who would I be without them?

With the opportunity to return to the places of our ancestors in Verra, I find myself wandering a new land, with those of new beliefs. Now, even as a devote atheist, I am drawn to a small village, one that follows their religion zealously, and has boundless faith. Can I believe in their way of life without sharing their faith in a higher power? Is this truly the best place for me to settle down? Will I live as an unhappy hypocrite for the rest of my days? I must find the Truth of the nature of faith, before I lose sight of who I am entirely.

So, the plan for this character is to find some religious small settlement or village node somewhere, settle down, record their stories, and their faith. Pitch in here to there, and ride the events that come to that location so matter how big or small, even restart its growth if need be. I want to make sure I have a character that can grow, and I want to use game systems to enforce it. For example, I want to keep the Cleric secondary class locked to my character until they are either converted and find their faith again, or until they gain sufficient faith in the power of the belief in others, this is basically my end goal for the character, after which they will just live in the region supporting the players in the region as an off-healer and damage mitigator.

The one thing I'm not so sure about is if I will have to script out with other players the stepping stones in this journey, or if you think that the game-play and mechanics (what we know of them right now) will allow sufficient room to have character defining moments just by playing normally. I haven't really done much role-playing in an MMO outside of maybe SWTOR where I could just select dialogue options (which is more of a single player type thing anyways), and I'm trying to gauge how things will go once I get in game. I am also trying to think of what those stepping stones on this journey might be, but don't want to lock it down too much so that there is sufficient room for me to take this to other directions. Maybe even having my character loose sight of themselves and forever giving up on the Cleric subclass and maybe pursuing a darker path a like bard, summoner, or mage.