What actually is a Rare item, and what makes it just that? 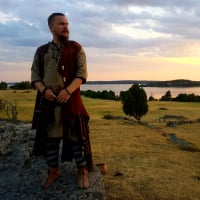 Grihm Member
June 4 edited June 4 in General Discussion
A concept i feel is almost to 100% ruined in games, is that of a Rare Item.

Let´s focus on a set of Swords in this example.

The Issue.
The swords were created thousands of years ago, they are spoken of in legends and tales, and they have seen civilizations rise and fall. Legends say a god walked the earth, and fell in love with a woman of untold beauty. The swords were made in her honor, and has kept the lands free from tyranny ever since. Etc etc etc....
Storyline of item = interesting lore and a good questline.

Suddenly, 8 out of 10 adventurers running around in the city has one.
Storyline of item = down the drain.


Not the solution, but A solution.

No system is ever perfect, but i feel the gear-system and that of loot can massively improve in almost all games to this day.

These same swords dealt with differently, could become what they should be from the first place. Rare.

If we say 100 Swords were created, the server holds 100 in total, no more, no less.
Questlines can house these swords, based on a % chance of being

1: In the questline in general
2: In the loot table for said questline

Then, you have a chance of getting a quest that " could " lead to an outcome where you " could " become rewarded with one. Instantly, these 100 swords become what they should be. Again, Rare.

When all 100 swords are looted, that´s it. Done deal, no more.
These Rare items ( not only the swords but all Rare and above ) could have a form of " rule " or " Consequence " to them, that would affect the user.

The Swords in this example, could let´s say be that of a God that wanted to keep the innocent safe, so a few outcomes of abusing the swords true purpose could be

* Any sort of PVP abuse of a low level character could lead to the sword dropping from the players inventory once defeated.
* Blood of the unarmed or those that do not fight back brands you a traitor aura for X amount of time for all to feel and see.
* Dishonorable actions lead to a great misfortune for the bearer ( Less items found, less gold found )
* etc etc as examples go.

Now imagine any item Rare or Legendary, and what sort of story they could come from, and what would be the outcome of owning one...or several. This could lead to an influx in RP, in achievement of gaining knowledge of these items, the sale of maps or clues to their whereabouts and more.

The amount of a Rare or Legendary item should be numbered, and limited. Otherwise, they have little to no value in the grand scheme of things. They otherwise just become a stat based item, so then they should be called that, and be demoted to less than Rare.

Last but not least, how to circulate items of these levels.

With each item class or Rarity, you have one or several of factors such as

Player A tries to increase their riches, but with more and more encounters, money is draining from his or her pockets, and also, great fatigue and loss in status. Player A´s lands and titles are in danger, and something must be done. Player A must offer the helmet to the gods in forgiveness as a sacrifice, or be left with his or her curse until the end of days.

TLDR; Players can get a good item and benefit from it, but when said " rules " are broken, the blessing is cursed and you need to destroy or get rid of the item to get rid of the curse.

100 ( good natured ) Swords exist and all are looted. 50 are used for good - 50 are used for evil. The 50 players using them for evil will suffer consequences for it, and not until they get rid of the sword, the curse remains. The 50 swords that the cursed players ( most likely ) will get rid of, again comes back into the loot table, and on it goes.


This is just a simple system as an example, but the point remains.

Items must have a reason to be considered of such a high standard or in mystery, how you obtain them, and the consequence of abusing them. Just saying that the " One ring " of Sauron is up for grabs for anyone that collects 8 berries in the bush next to the Quest giver.... that has 0 chance of earning any respect or good feeling what so ever, and that only leads to players seeing loot as what pays a silver and what pays a gold.

Thank you for reading and have a pleasant evening.
Grihm
1
«12»