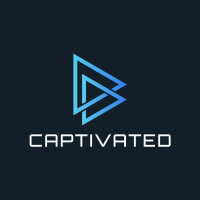 captivated Member, Alpha One, Adventurer
June 9 in General Discussion
Hey guys,
today I thought a littlebit about the cash shop and I came up with an idea that might improve it in terms of gameplay.

Many of us aren't that fond of purchasable cosmetics, because they are basically unachieved rewards. Though most of us agree that good looks are "fun", I believe that looking good for nothing but some $$ is not fun at all. Purchasable cosmetics are somewhat contradictory to the fundamental design principles of AoC, namely "risk vs. reward" or at least the idea of "reward" in general.

So how could we fix that? How about cosmetic DLCs in which the cosmetic is locked behind a small quest chain or some crafting? Not to big but at least something that needs you to put in some afford. It is not fun for casuals to have great looking characters they haven't spent time with. Cosmetic DLCs could add solo content to the game and it could be fun.

Just think of that: "The legendary sword of Steven the Ducklord". A sword skin DLC to be purchased for 20$ or something. You buy the DLC and than you find a piece of parchment in your characters inventory that tells you about this legendary sword. It was split into three parts by an ancient named "the one that doometh the ducks". Since that sword really seems to be awesome you decide to follow the lead of the parchment to the first piece of the sword. You find it in a cave in the snowy mountains of the dunir dwarfs. You had to kill a big bear that was busy eating some pirates in the cave first though. But you manage to get the blade of the sword, it was wrapped in a scroll that tells you about an orcish statue in the swamp lands. You travel there and you find the statue, but there is no sword piece. All you find is a note that says: "You're too late, it's already mine! The great C.T.M." You have no idea who that is, but you see a random orc close by, so you ask him about that "C.T.M." guy. It turns out that the note and the initials fit to a certain pirate by the name of Clive Tadders McSully. He is no stranger to the Orc. And he is also willing to tell you about McSullys hideout, if you get him a fine bottle of wine and some raptor steaks. So you get the orc what he wants and he marks McSullys hideout on your map. It's on some tropical island. You go there you find McSully, you kill him, loot his eyeball that turns out to be the pummle of the sword and you als loot a key to McSullys chest. Well there is no chest, but a pirate NPC in a cage next to McSullys corpse. You free this guy and he tells you that McSullys chest can be found in the wrack of the "Verra Concordia" that sunk in the riff of the island a few days ago. You go there you get grip & guard of the sword and finally find yourself with all the pieces in the inventory. Last step of the quest chain is now to find a weaponsmith that can put the things together for you. And tadaaa you got your sword.

This story is just a little joke, but I hope you get what I mean.