Randomly generated islands- can it work in an MMO? 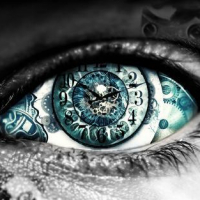 neuroguy Member
June 20 edited July 2 in General Discussion
I found myself thinking about the possibility of having some random generation of a small temporary island (or a few) beyond the pre-made world map, non-instanced of course. This could be cyclical and a new seed could generate island(s) every few months while removing the old ones during patches or maintenance (similar to how seasons will change). I personally envisioned this as an end-game system where you compete on a ladder for prestige instead of spending your time getting better gear, creating an alternative end-game system you and your guild can focus on.

I was thinking this randomly generated island would first need to be found, encouraging exploration (naval) since it would not be on the map. Early on, players can then choose to keep its location secret or share it before it gets discovered by more people. The island itself would only have a few nodes and cannot have nodes lvl up beyond a town (to prevent players from staying there forever with services such as re-speccing etc missing to this end). Content-wise, it would play like a season in other games where ladders, achievements etc would be wiped for each iteration of the island and guilds/players would compete each time. The island could have a handful of world bosses, a single PvP objective without a timer (unlike node or castle sieges), maybe some scarce amount of good quality gathering resources (for consumable items, not gear) and 1-3 dragon eggs (temporary flying mount) which could serve as the ultimate goal. Not to mention, outside of the in-island PvP, piracy would become a very exciting experience around the waters of the island(s). To prevent invalidation of main-land content, the resources/loot should not be able to be used to create better or even equal quality gear than what can be found in the main-land... the dragon eggs are the prize, not shiny purples. The geography, climate, mob types, world bosses, location of PvP objective etc will be the randomly generated part. Lots of things can be done to spice this up, like the gods could have special influence over these islands and each iteration could have special rules in place like "no corruption" or something (similar to leagues in PoE).

I was thinking such a system would be a constant source of 'new' content that reinvigorates the player-base without invalidating the rest of the world, or at least that would be the goal. Due to the lack of fast travel and the lvl cap of the island nodes, players would need to really prepare for the journey, and commit time and resources that could not be be put towards mainland content, gear and objectives (e.g. castles, node mayoral races etc). The mainland nodes of the world closest to the island would also become more populated and tense as players would want to use the waters for the shortest travel distance to the island. The island would be a hub that concentrates end-game level and geared players and guilds as an alternative to all the end-game content on the mainland. I've always liked games that have alternate end-game systems that players could specialize in or engage with like the ARPG genre (e.g. mapping vs delving in PoE or the arena vs the monolith in last epoch).

On the flip side, in an MMO, having too many end-game systems can spread the population out too much, especially of end-game players. Ashes might already suffer from this with no fast travel where high level players would flock around the 6 possible metros (instead of a singular end-game hub in other MMOs) and only deviate from these locations for castle sieges, world bosses etc. It also runs the risk of invalidating one form of content by indirectly competing with it. If a server's population decides to focus on the island, the island might be an epic experience while the mainland content suffers or vice versa (kind of like how a theme-park MMO expansion makes the old content suffer). It all made me think, is there any room in a healthy MMO, or AoC in particular with its current design decisions, for randomly generated content such as this?

I like the idea of random generation because I've seen how games can do it so incredibly well like the maps in Deep Rock Galactic and the early exploration part of games like Civ6 have always been the funnest part of those games for me when I'm exploring the land, looking for resources and thinking about optimal locations. This would definitely evolve the MMO genre by borrowing systems from other game genres. Or does this simply have no place in an MMO... thoughts?

Final note: I understand AoC is not an end-game focused game. When I say 'endgame' I just mean high lvl content for players that would not have leveling as a big motivation.

Edit: after some fun discussion below I am lead to believe that this does not need to be 'randomly generated' at all, and could be quite low effort with an artist since it is small, temporary, and does not need to accommodate things like freeholds etc. It simply does not need to be too complex as it should not compete with mainland content and should instead provide a fun temporary battleground instead.
2
«12»