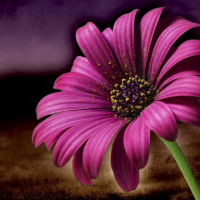 I've been reading through the less elaborated wiki pages and had an open question for the community.

To preface this conversation let me share two quotes from the wiki:

In an interview last year Steven had mentioned that "Furnishing items with in-game functionality will be restricted entirely to those created by the carpentry profession." (Carpentry wiki).

And from the Freehold Farm Wiki:

"Artisan freehold features are also affected by adjacent terrain features. For example: building next to a river provides a nearby source of clean freshwater, and will have a positive effect on crops."

My question is the following how would you like the farming system to be managed:

Is it simply a "plant this seed in this area of the ground and wait, if its near a river you get +X% yield" or a more active thing "you choose a specific crop to grow depending on the environment (i.e. maybe you need a nitrogen fixing crop due to the specific soil), you must speak with a carpenter in order to get wood to build an aqueduct from the nearby river to water the water the plants in a more regular basis, tending to the plants regularly."

This will be my first MMORPG and want to get a sense on what people are hoping for/expecting.

Personally I would prefer a more difficult experience in growing because I plan on specializing in Gathering-Herbalism and want the Artisan Master title to be something that is rare and difficult and has purpose.

Thanks for your time in reading this,
Skylarck The Botanist