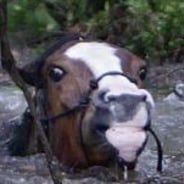 Dreoh Member
June 2021 edited June 2021 in General Discussion
I don't know where else I would post this since creating a whole post for this feels a bit excessive, but in the off chance it helps I wanted to post it somewhere it would be seen.

Among other things, I've done modding in Dota2, creating a custom game that required ample game objects to exist at a time. There were plenty of enemies and units on the map at any time, and my co-creator and I were using invisible dummy units (essentially an equivalent of AoC's behavioral trees) to anchor particle effects and other things on in the map.

We encountered a bug where sometimes after a game was open for a long time the particle effects and dummy units wouldn't be deleted when they should be and we couldn't figure out why since we were removing them correctly in code.

It turned out that Dota2 only indexes so many units, and after there are too many units on the map, the references to dummy units and other units could be lost, making them unable to be deleted anymore. Also, sometimes deleting the unit wouldn't completely release the unit from memory, so to get around that particular issue we created a dummy unit recycle system instead of deleting them where we just reset them to the base behavior and added the custom unit values instead of deleting/creating them. We unfortunately didn't have the ability to modify the engine to fix such things.
So I'm curious if Unreal Engine might be giving the same kind of issue to the AoC team.

As the IS team is far more experienced than me, It's very likely they have already considered this or even made such a thing impossible, but as someone who writes code I know that sometimes there are things that no one on a team considers so on the very small chance this information helps I figured I'd give it. If anyone knows where else I should post this instead I'll do so and request this thread closed/deleted.
7