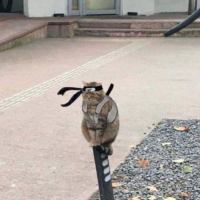 celestialL0rd Member
July 2021 in Role-Playing Tavern
i just had an idea I don’t know much of the lore but maybe this will inspire something.

a system that when you reach a certain level after getting your second class you can get baptized or a class seal whatever it can be call it. what this class seal does is seal your current class so that you can start a new class with the same character. the player will follow the same process as when you first had your character from scratch the only thing you can change is the class, you'll start with to eventually choose a second class to become a paladin. when you become a paladin and level it up to seal the new class. this can be repeated until you have every class seal in one character, the drawback is, only one class can be used at ones and the benefit of doing this repeated process is that you get their passive skill intact. plus, a special skill that draws out stats from all seal characters for a certain amount of time. I’ll call this transformation of the demigod.

Each race will have two different transformation the first is an avatar of their chosen god, the god will bless you its holy power granting you holy skills derive from the god characteristics. your sealed character stats amplified with the blessing. If you can only bring out 10% of your sealed stats Then the demigod transformation blessing will amplify that by 10x.
you have one seal you can only use 10% of its base stat. if you have two seal characters you can draw out 20% from each seal etc. you can switch between characters by sealing the current character being used and breaking one of the seal characters you want to use.

Transformation 2 power of the corrupted gods.

This transformation was first used by the ancients who is trying to use it to create an army and destroy the seven gods
if you unseal a character while having a current one both characters will counter each other out but you'll have their combine stats active with halve of their skills from each randomly chosen. you will take damage constantly until you lose all health then both characters will be lost forever. 5% each minute, for 3 characters 30% a minute, for 6, 60% per minute 10 characters instant death. seals could be a special stone anyone can mine if they take the time to do so.