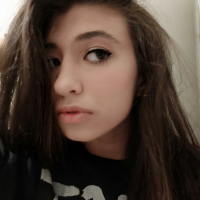 Dioniahs Member
July 21 edited July 21 in General Discussion
At the risk of sounding like a thousand times before - please forgive me!

I am very interested in this game and my guild is already on pins and needles. However, we also have - including me - a very high proportion of PvE members, so quite balanced compared to the PvP part. What about functions, regarding gankers or players who want to farm you completely? Now this is not hyperbole - we all know exactly how selfish, sadistic and misanthropic these PvP players can be.

Steven has often emphasised that he will take precautions against this, but so far we have only seen the issue with red players and purple players, right? Do you think there will be something else or is that enough? I have heard from many PvP players so far that this status is actually of little interest to them. We are in alliance with a few guilds, including quite a few PvP players, and we have received similar feedback.


I am looking forward to your feedback! Thank you very much!