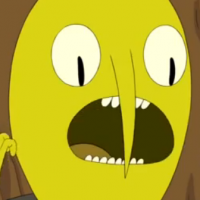 Guild Information
We are a semi-hardcore guild with a lot of mmo experience from Guild Wars 2, elder scrolls online as well as World of Warcraft. you don’t need to have A2 or others but it would be nice to have so that we can play as a guild and work on communication as a group and it would not hurt to get to know people. I know that it is not a lot to go by but we will be happy to have you

Guild Goals
• Pushing for castle ownership when available during siege weeks.
• Setting in place mayor(s) in nodes we are able to.
• Expanding guild growth and land ownership via freeholds and nodes across Verra.
• Forging and defending stable guild alliances to protect/attack mutual nodes, caravans, castles, dungeons and raids.
• We plan on being prepared to active in all aspects of the game with scheduled events and guild gatherings.
https://discord.gg/W8RvBAjb
0
Sign In or Register to comment.