Asraiel Member, Alpha One, Adventurer
July 22 edited July 22 in General Discussion
The ashes of Creation wiki tells well how currently Node Sieges are planed and what it means to lose such a siege
here what wiki says:

and upon successfull siege (destruction)

giving the opportunity to compleatly destroy a node is in my opinion a good thing, however adding a limiter to the system migth be better. as currently planned no matter how long the attckers need to compleat the channeling cast the node gets desroyed doesnt matter if they need 30 mins or almost 2 hours to do so.

with that the performance of the defenders even if they loose does impact the destruction. for a full destruction of a metropolis the attackers need to compleat the channeling within 1h if it takes longer like within 1h 20 mins that leads to a decrease to vilage stage the longer the defender can hold out the higher the stage that remains.

but lower nodes have it harder cause city stage (5) also would face destruction if attakers succed withing 1h 20mins and so it goes down, the lower a node stage is, the harder to not face compleat destruction.

on the channeling i would also add that as long theres a channeling active at the main point, the coundtown of the siege is stoped leading to a longer siege, if the defenders doesnt defend well. so the attackers have more time to compleat the attack. this also allows channeling 1sec befor time hiting 2h, so that this channeling if not interupted may also lead to a win for the attackers.

how long attackers needed to win the siege also shows on the looting. on full destruction the aftermath will be the same for looting but if theres a nodestage left it matter how much they could decrese the less effective the attackers where the lower the % amount they can loot from all the stroages within the node. reduction if successfull destruction looting is like the wiki says if a village remains the part to loot for players is reduced by 10% if a town remains 20% and if a city remains 30%.

these changes may soften the devestaion the loosing defenders have to face and so may help keeping them ingame.
it will only add dificulty to erase a metropolis in 1 go lower nodes cna be erased way easyer.

on node progression a partly destroyed node had to first be repired befor it can once again gain progression to level up again. that give other city nodes in the terrety the advantage of evolving to a higher stage. 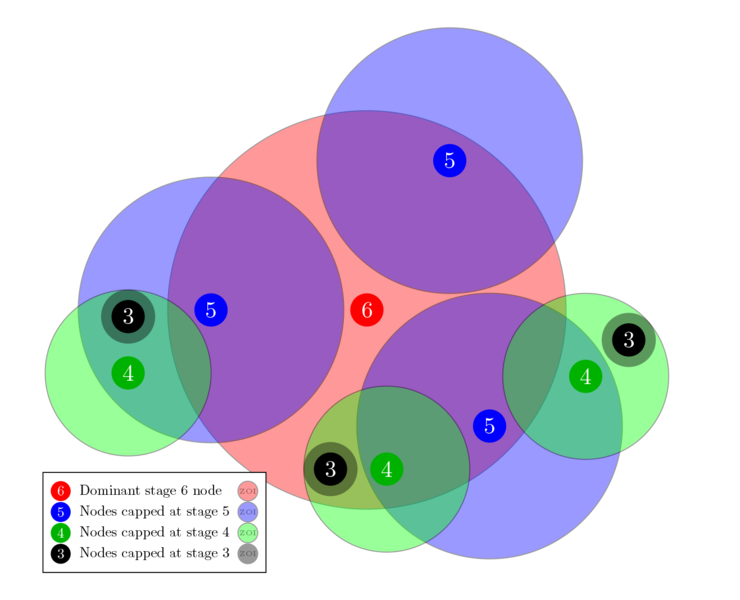 maybe triggering a node degeneration event where nodes slowly looses xp and the more xp is gain for the node leads to the node not degenerate to a lower stage so players action will matter after a siege to prevent a degeneration of their node if its within the proximity of the sieged node. also the sieged node doesnt loose xp until its repaired but onece its repaired it also could loose additional stages.