Combat & Animation in PvE and PvP 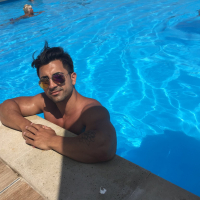 since i saw the Video from the Unreal Engine 5, Ashes of Creation looks literally insane, i Love it the Graphics are so sick! Good Job Steven & the Ashes Team

I know the Combat System is still a placeholder, but i wanted to mention something maybe the Team behind Ashes can think about that.

1. Character Movement, Animation:
- I think it says for itself, the Movement doesnt look smooth and pretty Static.
- It would be really nice, when for example the Character when he walks, reacts with the Terrain he is walking on.
- Or when it Snows, and your Character stays that the Snow, it lands on your Characters Armor or Head, and when you start walking that the snow is falling down from your Characters shoulders or Head.
- The Animations and Skills are also a important part of the Combat to see a fluent and nice gameplay that the Players enjoy.
There are some Games that have really good Animations while in or Out of Combat: Lost Ark (Played), Blade and Soul (Played), Black Dessert (Didnt Played), even the Skills look really insane so everytime you use a Skill you literally enjoy it a lot. I mean they look insane and also didnt even Run on Unreal Engine 5.

I hope we can have simliar or even better Animations in Ashes!

I Know that we will have something with Tab Targeting and Action Combat. But to be Honest, so far the BEST Combat System with a soft target system was in Blade and Soul, if you were close enough the system softlocked the closest enemy in front of you.

Another thing is, and i also never saw it in any Ashes Videos since all combats ive seen, there is no way to Block, or Counter a Skill from another Player or Mob.

For example in Blade and Soul when you fought a Blade Master, and he Started to use his Block Skill, he holds his Sword in front of him, and you were not able to hit him from Front, you needed to attack him from the side or get behind him to hit him, or use a skill to crack his block skill to do any damage.

In Blade and Soul it was also possible to "Counter" a Skill, for Example when you played a Kung Fu Master, and Blocked at the right time. Or when you get Dashed or Sprinted on, the softlock appeared and you were able to Q or E to make a sidestep to counter the dash or sprint.

to be able to block or Counter, was a way for Players to really think "when" and "if" you attack a Player, and to use skills the right time, instead of Tab targeting and roll with his face over his Keyboard and just spam skills.

It was a important Mechanic in PvP and PvE to Survive.

What do you guys think about that? Am i right that there is no way to block or Counter etc? Let me know your Brainstorming