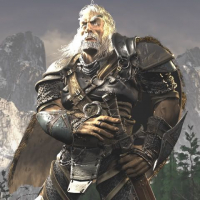 granthor Member
February 2022 edited February 2022 in Community Creations
Hello everyone. Its been a long time since I posted a story on these boards. I know that last one was a bit unfinished. Sorry about that. I got so tired up in a book I am still trying to finish, plus RL stuff happened. Now I find the need to write a new story within the land of Verra. It might help me workout a few things I am trying in the book I am doing. Its all about the details, so I will see if I can make it work here. So stay tuned for my new installment for the Land of Verra, I hope someone likes it. FYI: Once you see the Coming Soon taken away, That's the signal for a new chapter being dropped. Until then Verra Forever!
5