Home› Ashes of Creation› Guild Recruitment› OCE Guild Recruitment
Greetings, glorious adventurers! If you're joining in our Alpha One spot testing, please follow the steps here to see all the latest test info on our forums and Discord! 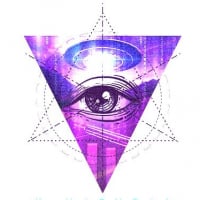 The Casual Conspiracy has been active across a number of mmo's since vanilla wow.

We aim to be a small-medium sized crew in AOC. Active but Casual / Social focused with no pressure or major expectations. Just chillin and enjoying the game together at our own pace.

Best suited for time limited or casually inclined players. We will be alt friendly as each character you create can join a different guild. However we have connections to hardcore crews for when you want to get into the larger scale action.

Initially we will look to establish a shared guild freehold plot with a tavern at a crossroads. This could take some time but no need to rush and will serve as the overarching goals to start.

We are in a bit of a hibernation mode at the moment due to the lack of any good mmo's to fuel the hunger... however >> Come hang in our AOC lobby ... its good therapy for the inescapable hype 😌

We might have a bit of a dabble in "Throne N Liberty" when it goes live if Alpha 2 isn't up.