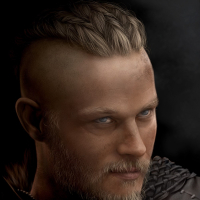 Youngmountain Member
May 11 edited May 20 in EU Guild Recruitment
[EU] | The Paragons | [PvP] | [Hardcore/Semi-Hardcore] age 18+
What is The Paragons
The Paragons is a newly formed PvP Focused Guild. The first plan when the game launches is to find the chosen place for the node, claim it, lvl it up as fast as possible and at the same time level up the characters and gather resources for the professions to craft gear. We are also planning to do naval battles. We have planned and started to organize the main team's roles and ranks. The idea would be that we could split the group when needed and the groups could do different things at the same time.

The Eyes of Paragons
We also have an organization called "The Eyes of Paragons" If you are already a part of another guild or just want to get some extra money/recourses. The organization would be for players who want to play as spies in nodes across the world. The idea would be that they could play whatever, however, and wherever they want to. The idea is to give information for The Paragons. For example, the contents, the route, and the escorts of a caravan. Every caravan raid The Nine Paragons do they give part of the profit to the Eyes.

The Goal
The goal is to establish node, spread our influence and dominate the factions that oppose us.

Possible Alliance
Alliance plan The Paragons will ally with other Hardcore/Semi-Hardcore Guild that has the same ambitions, or with the mercenary guild.

Main Team/Application (PvP)
The main team will be made With a Hardcore/Semi-Hardcore mindset. The primary focus will be mostly caravan raiding, dominating the region around our Node and establishing a well-organized 40-player roster.
https://forms.gle/KBXsPqqznAeCvq9Q8

Casual?
Casual friendly as well if you are not looking for the Hardcore PvP part there is still PvE, and casual PvP for you to do with the guild. Nobody is left behind. Everyone is important and has a chance to jump in to kill World bosses and run dungeons.

PvE
For PvE, such as dungeons and world bosses are mostly done to improve our gear and compete with the other guilds.

What is expected from all members?
Professions are very important and every one of us needs to level them up
Online Activity 100% at least the first week of the launch
Willing to improve on class and Gameplay
Willing to play as a team Positive attitude
To be initiative

Please if you have any questions feel free to ask me anything!
https://discord.gg/gSYJdMKZjX