[Combat Suggestion] A potential way to incorporate the style Steven had mentioned so many times. 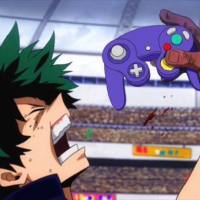 Cyanide Member, Alpha One, Adventurer
May 12 in General Discussion
Hey all, I'll keep this brief. I played the A1 over the summer pretty heavy and messed around a lot with tab target and the action combat. Unfortunately, to me, the tab target just felt so much better than the action. Why aim a spell when tabbing to the monster does the exact same thing? I believe I may have a unique idea/solution for this that may fit what you are looking for.

Go "Tab target focused" for combat, but have X amount of spells be "high reward skill shots". This would give you the opportunity to have the smooth combat of tab targeting, but gripping moments where you are going to need to aim and hit that important spell. (Maybe some type of over the shoulder Zoom in? AoE ground targeting would not be considered a "skill shot", but i guess it could be argued it is.)

So the break down would be like this:
-Action Combat Auto Attacks
-90% tab target spells
-classes having 1-2 "Action combat" spells (Big reward for landing, big feels bad if you miss.)


I think this would be a really nice implementation and set the "hybrid style" you guys are looking for. Let me know your ideas!
1