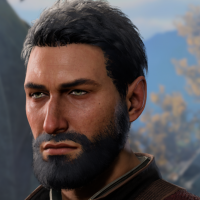 [NA] House Calderon | 18+ Heavy RP-PVX | Node building | Noble RP | Military | Social
Welcome to House Calderon! We are a 18+ Heavy RP-PvX guild, with a focus around Noble House RP. This guild centers around the Calderon Family, a noble house of Kaelar, and Empyrean origins. We first and foremost, are a community of adults, who seek to tell a story. The officers of the guild who makeup the Calderon Family have worked together in MMOs with an over 10 year record of experience from previous MMOs.

What we seek
-We seek Community to find a node to call home, and pledge our House to a liege who will honor our house with land and title.
-We seek Growth through Land, a Freehold, or Manor in which to establish our House as a lasting influence in a region.
-We seek Glory, knowing that we will not merely hold to our estate, but journey forth and fight in both PvP and PvE wherever the need arises. Be it to defend our land from raiders, rally to our node against enemies, or be called upon for war.
-We seek Family to nurture those who would call themselves Calderon, and to build a network of friends and allies.
-We seek Loyalty from those who would swear an oath to House Calderon. Banners who will answer the call and see our House as a symbol to rally to.

Goals
-Claim land either in a Freehold or in a node Village or City
-Become influential and a leading House of our area
-Serve our Liege, our sworn King, and the realm
-Raise our own family and all families who swear to House Calderon together in a community
-RP is a primary, with PvX content supported along with raids.
-Build a PvP ready small force for the House to lead.

What we offer
- Open, honest, and transparent leadership.
- Over 10 years of experience in previous MMO's
- A story-driven and player-focused guild
- An opportunity for you, the player, to be a founding member of an immersive, growing, and active community.
- Multiple paths to fit your playstyle.
- Progression within House Calderon for outstanding members

Join House Calderon, and venture forth into Verra together.

How to find us
Discord: https://discord.gg/aRfw8FVKg7