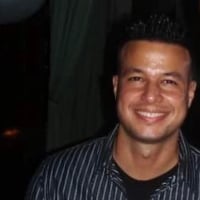 Epherium is the single most successful dynasty in New World history with a diverse set of hardcore gamers who played in various MMOs, MOBAs and FPS games over the last 25 years. We put together the server Valhalla in New World on release, a server for all the most competitive companies in the game to meet and compete with the best. We aim to do the same in Ashes of Creation. We only have interest in competing with and against the best.

Although our core is hardcore, we do have room for a diverse set of gamers to include players on the more casual side, crafters and players who prefer PvE. We plan to dive hard in for the first time on Alpha 2's release.

Although we are no longer active in New World, we are active in Lost Ark, which we are actively recruiting for. You can stay connected with the community through our Cycle, Vrising and Rust players that are actively playing. Along with plenty of other games, the sooner you hop in the better rooted you will become in the community. We have "topics of the day" to discuss Ashes of Creation Content in Discord and weekly watch parties to watch Youtube videos from AoC creators and discuss those as well as community raffles to win Alpha 2 keys.

CURRENTLY WE ARE ONLY TAKING PLAYERS PLANNING ON PLAYING BEFORE RELEASE!! We are looking for any player that believes they are competitive. Be that in PvP or PvE, as long as you're grinding to be on top we want you. We are looking specifically for players who are willing to commit to the community itself. Discord activity and selflessness are valued just as high as players individual skill.

Alec, the Guild Master, works very hard to keep a community where all of its members do their job and make those around more successful. While we are a large gaming community, we personally go out of our way to involve every new member and make them feel welcome in the community!


Fill out an application on our discord server below