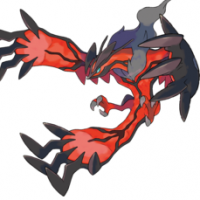 Julixim Member
July 2022 in Community Creations
Hello my fellow AoC fans.
I have played several MMO's and one thing that made me often quit the game was lazy quest design.
I wish AoC to make quests standing out from other games. Its okay to have a kill/farm/loot that quest here and there, but it shouldn't cover too much from the whole.
Well, what do i think is exciting quest design?
The tales from sea of thieves give a nice taste of what amazing quest design can be, because you dont have to just find and dig out chests on random places. The tales include different enigmas you have to solve that often interact with the map e.g. to find a button that activates a hidden gate, which leads to a labyrinth that contains many traps to be careful about. You have to read out of books with missing pieces that you need to find through maps which will bring you to places where you again have to solve amazing puzzles and that keeps dangerous creatures protecting artefacts which you need for your continuing.
Being able to interact with your surroundings makes the world feel way more alive and you as a player more important to it.
I wouldnt mind if there were less quests but bigger quests with a more complex quest design. i would not only "not mind" but absolutely love it and i think most of the other players would enjoy it as well.
I am totally a pvp player, but nice quest design is still important to me and makes the way to the best possible gear so much more enjoyable.

An example for such a quest could be (in short):

You find a young boy in the wild that shouts for help. He lost his mother that was attacked by a poisonous snake and couldnt move because of the pain. You figure that out because the boy describes the snake and its look is well known in the area. the boy searched for help and ran into your character after being out in the wild disorientedly for a while. you guess there is not much hope for the mother, because the poison paralyzes its victim and there are a lot of dangerous creatures out there potentially killing the mom. And even if she doesnt get killed in that way, the poison will be deadly after a few hours without an antidote.
The boy is so desperate, you chose to help him. you think its wise to bring the boy back to the city where he is safe and ask an alchemist for an antidote. he cant offer one, because the main ingredient is missing and is only hard to get.
He tells you where to find it but there is another issue. The antidote can only be made at a certain shrine. The alchemist gives you the neccessary ingredients for the recipe and describes the place where to find the shrine. First you have to move to the place where the main ingredient lays. It is a dragon scale from a feared dragon that lives in the mountains. To make it even more complex you could e.g. say you have to craft a certain sword/weapon that can only cut through his skin and gather certain resources to be able to craft. after you defeated the dragon you look for the shrine. could be by puzzles or just show it one the map if you wana make it easy i guess. at the shrine there is a closed gate. you need to open it somehow...
Infront of the entry there are 4 different rocks with inscriptions. they tell you in a weird way (have to figure it out) that you have to make a combination of attacks/spells, which you can only pass at a certain level, so it cant be opened by anybody.
After opening the gate through the e.g. spell combination, you will have to walk throught a labyrinth with different traps that you need to deactivate or dodge in order to get to the place where to craft the antidote. After crafting the antidote there will appear a warden you need to defeat. After that you can just walk out of it (dodging the traps, the others are still deactivated etc.). Now you have to remember where the boy described the last place where he saw his mother. otherwise go back to the city and ask him again. the map will show you an area where the mother lays but no exact point. So you actually have to orientate on the tipps from the son. after finding the mom, you were able to help her in the last seconds and the quest is finished. Like that you can create a stunning story that describes a strong bond between the mother and the son but action and mind games dont miss out.

Sorry if i made any mistakes in this text. but im honestly too lazy to read it all again and correct the mistakes. xd

I would love to see critisism or consent.