Wolf x Dragon? What do you think? 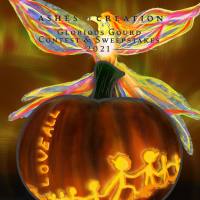 LittleLightz Member
July 24 in Role-Playing Tavern
I was thinking of AoC devs Creating a Wolf x Dragon hybrid. Just for fun. What would you think it would look like if they were to do this?
They would be considered a pack animal, living in the high heights of Vera. Near cliffs and rocky formations. I think they world be colorful like a bird, with scales, and fur, males would be more colorful than females, because that's how they attract females. What do you think they would look like, shimmering scales with soft touching fur. They would be a extra large mount
0