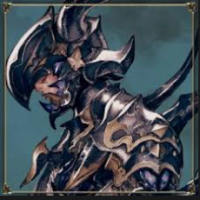 Asgerr Member
August 6 in General Discussion
Getting away from all of the dumb P2W takes on this forum lately, let's talk actual mechanics and visuals.

Let me define my terms and provide an example:

Example:
One Node develops to level 1 - it adopts the appearance corresponding to the most populous race at that time. For this example we'll say Ren'Kai.
Same Node levels up to level 2 - assuming a potential demographic change, now Py'Rai are the more prominent citizens. The Node now assumes the Py'Rai appearance in its entirety.

Should the node entirely switch its appearance, essentially "erasing" its past, in favor of a fully new look?

Would it be possible to have the Node gain a sort of blended racial appearance? Something akin to having a specific area of the example Node retaining the Ren'Kai appearance. This would simulate the idea of a quarter being that of the early settlers, and the city then evolving with a different cultural touch.

Does this incur too much of a feature creep for the game?

Personally, I fell like the Node possibly shifting appearances in its entirety from one level up to the next, feels a tad too radical and ultimately "disrespectful". (Can't think of a softer word to mean the same) It removes the history of that Node to some extent.

Examples in real life can be found all around the globe -- but perhaps most clearly in Europe -- where one city will have its innermost areas born of a specific type of architecture, and the later areas -- usually further outwards from the center -- deriving from later styles.
Thus I do think it could be a cool idea to adopt for AoC. Giving the Nodes further personality and history.

Of course, I do believe that if some node were to be destroyed or abandoned entirely and having to restart at level 1, that the initial racial components could be reset, giving birth to new history for the Node.