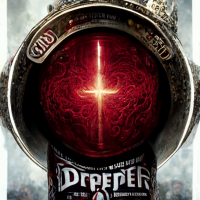 My name is Pax, and I would love to welcome you to the glorious guild that is - Providence -
This guild will be a primarily economy focused and driven guild. There will be PvE(gotta start somewhere, right?) and there will be plenty of PvP, but the goal of this group is to be the wealthiest guild on the server. I'd like to say we remain neutral to all parties, except where it financially benefits us. I'd liken us to the Gold Company or Free Cities of Bravos from Game of Thrones. That said, its not quite the same.

Here is the general plan:
- Become the #1 trades-guild in the game
- Do this by creating a guild focused on ship building and caravan professions, building a reputation for SAFE and SECURE trade routes via land and water, all while delivering the highest quality merchant ships and caravans
- Professions will be the name of the game, and servicing the server will be our means to achieve it
- I want to use personal and social influence, PvP prowess, and game knowledge to spread our reign
- Control the flow of resources, control the flow of money - Steven has stated crafted items WILL be the best items in the game. Though we may not always craft the best weapons/armor, we WILL craft the best trade vessels(boats, caravans, siege weapons, husbandry)

Between mainstay MMOs(Guild Wars 1/2, WoW, ESO, etc.) and survival/sandbox multiplayer games(EVE, ARK, NW, etc.), I have thousands of hours in the "Sandpark" environment. I know what its like to be the top community of players for PvE and PvP, and I also know what the top 100 players want. I hope to utilize my knowledge, along with the knowledge of my fellow guildmates, to become the dominant trade org in the game. I will use our resources and statecraft to secure partnerships with other sea-faring guilds, so as to secure safe passage to our destinations. For those that are not aware: All oceans will be "flagged as combatant" areas - i.e. the oceans are free game to kill as you please, no penalties. This means that if you truly want to trade via merchant ships(Providence's primary focus), then you will want to know the right people, and want to join this guild.

The guild will consist of mature players who want to have fun without the 3am alarm setting, stressful, gatekeeping, hardcore barriers to entry. Do you play PvE? Do you love to gather and craft? Do you like small scale PvP? Do you enjoy naval gameplay similar to Sea of Thieves? Do you want to make tons of money? Have you ever fantasized about being one of the leaders of the proverbial 'silk road'? Well Providence is the guild for you.

The game is currently in development, thus this guild is too. As time goes on, new info is released, and Alpha 2 draws closer, I will update the above information. For now, this is what I want. As time goes on, I might have Providence dabble in a little Bounty Hunting when we aren't trading, but I do not wish to be the "King" of any node; just the master of coin.