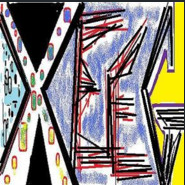 Xeeg Member
September 20 edited September 22 in General Discussion
I recently came across this idea during the tank discussion, but I think it deserves its own thread.

There is a lot of talk about threat and agro tables, but what about damage redirection mechanics? First of all, they could be PVE and PVP cross transferable, which is very important in an open world game. Then there are so many ways to implement them that it could be a lot of fun building interesting teams with odd combos in order to win a fight.

Of course, there may be very good reasons NOT to do this, please feel free to comment.

Here are some ideas for very basic abilities to illustrate what I'm talking about.
Obviously I hope the game designers can expand on these ideas for abilities that are much more clever and intricately balanced.

Tank/Tank - Guardian:
AOE shout to redirect all movement impairing abilities from allies to self for the next 10s.

Fighter/Tank - Dreadnought:
Charge target enemy. Ignores unit collision except for target (can be pushed/stunned out of it). Upon hitting target, AOE absorb the next 200 dmg dealt by players affected for 30s

These type of abilities could be used in combination with invulnerabilities, immunities, resistances, shields, temp hps, etc. It could also open up the whole game for a large variety of tanking combinations. Maybe Mage/Tank (Spellstone) can cast "Invulnerability from spell dmg for 5s" to combo with Oracle for a specific part of a phase. Sure, maybe a Guardian "Invulnerability" can do the same job, and alot more, but now we have options.

You could have many combinations of these mechanics spread through the classes, making party composition building interesting, dynamic and a skill unto itself. "We need at least 4 immunities/resistances and 3 redirection abilities for this fight, OR a couple stuns and half the immunities". OK, maybe a 3rd of the class combinations can get some kind of immunity/resistances (X/Tank etc.) and a 3rd get some kind of redirect. Now we have some ways to make our group work, and it's going to require coordination and team play, and every group you join might have a different way to solve this problem.

Considering unit collision is a thing in this game, we have another layer of damage disruption too.

As long as this type of variable is something you can change relatively easily (Maybe some classes get it as a baseline ability, some augments do it, some weapons/shields do it) then it won't be too frustrating to play with different groups each night. Especially if the idea is that we want to actually go out and play with the people that are around us in the game, and not spend hours spamming LFG trying to find the perfect puzzle piece to fit your group build.

Scarcity problems in the game should be fun to solve by playing the game.