For Those Who Want Active Blocking... 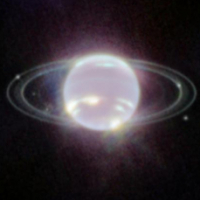 Azherae Member, Alpha One, Adventurer
September 22 in General Discussion
Are you for, or against, 'blockstun'?

I realized that my opinions about active blocking in an MMO are based around the concept that there would be blockstun on it. But this would mean that a blocking player could either be stunlocked or forced to take damage.

However, active blocking in a PvP situation tends to get very weird when there is no blockstun, and it would probably look both confusing and terrible, because flicker-block is functionally a type of animation cancel even if you can't start blocking while doing something else. If you only need to be blocking on the frames where the game could register a hit, you can flicker it.

If you only need to be blocking on ONE of the frames where the game could register a hit, you could plink-block even if blocking itself has a recovery time.

But we saw the game being quite fast in the basic melee weapon attack thing. I don't know if Intrepid will let you block basic attacks, but that's just a random thing thrown in.

If you are in support of Active Block, do you want 'blockstun', 'long recovery from block animations', or 'flicker-block'? Please add any opinions on whether or not most characters should be able to move while in block stance.
0