Combat Argumentalists in the community.. 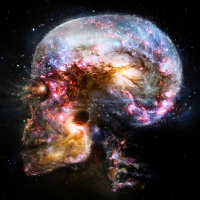 Solvryn Member, Alpha One, Adventurer
October 5 in General Discussion
Id like to understand you, you who argue about combat nonstop without actually engaging in any time of type game physics or engineering in your passion laced tirades.

I would like to give a very gentle encouraging thought that your feedback would be well received if what you're trying to convey made sense. Some of us who are not working at Intrepid at least make an honest attempt to understand game development enough to provide feedback that's precise as possible, so there are very little errors in communication.

To be frank, some of you read like you cannot be bothered to learn any basics of game development to articulate what you actually want to see, maybe you're deliberately arguing in bad faith... who really knows?

"Tab combat" can be engineered and coded to have very strict forward-facing parameters, it can be designed and coded in a way where players just can't click and shoot from any position with homing missiles. Calling "action combat" with "headshots" a first-person shooter is intellectually dishonest. Ashes will be in third person and it's not a shooter. To add to this, there are tab games with "headshots", Asherons Call is one of the first games that came to mind.

Define "skill" for us, define "skill" where one combat system is greater than the other. If aiming and/or buttons to press both constitute a high skill ceiling, then Darkfall was among the highest skill ceiling of all. It had both buttons and aiming, you can look up the numbers to see how successful and well received it was. (hint: The combat alone wasn't good enough to carry the game and had a very niche player base)

After talking about "skill" with many of the players, most people cannot define "skill", rather they can only cite their preferences. Clarity on the skill(s) you are talking about would be a lot more helpful than banter.

What do you mean? What are you saying? This really reads like, "I get more meaning out of X". I am trying to understand, but who wants to read through a wall of mostly fallacious, nonsensical, or poorly thought-out text rather than well thought out feedback and reasoning. Who has the time to accurately translate what you are trying to convey?

I would just like to ask, that you Combat Argumentalists go forth and become more precise in what you're trying to convey, instead of having arguments that require a mental scalpel and a dremel tool to extrapolate because they're so bloody tedious to read and understand clearly.