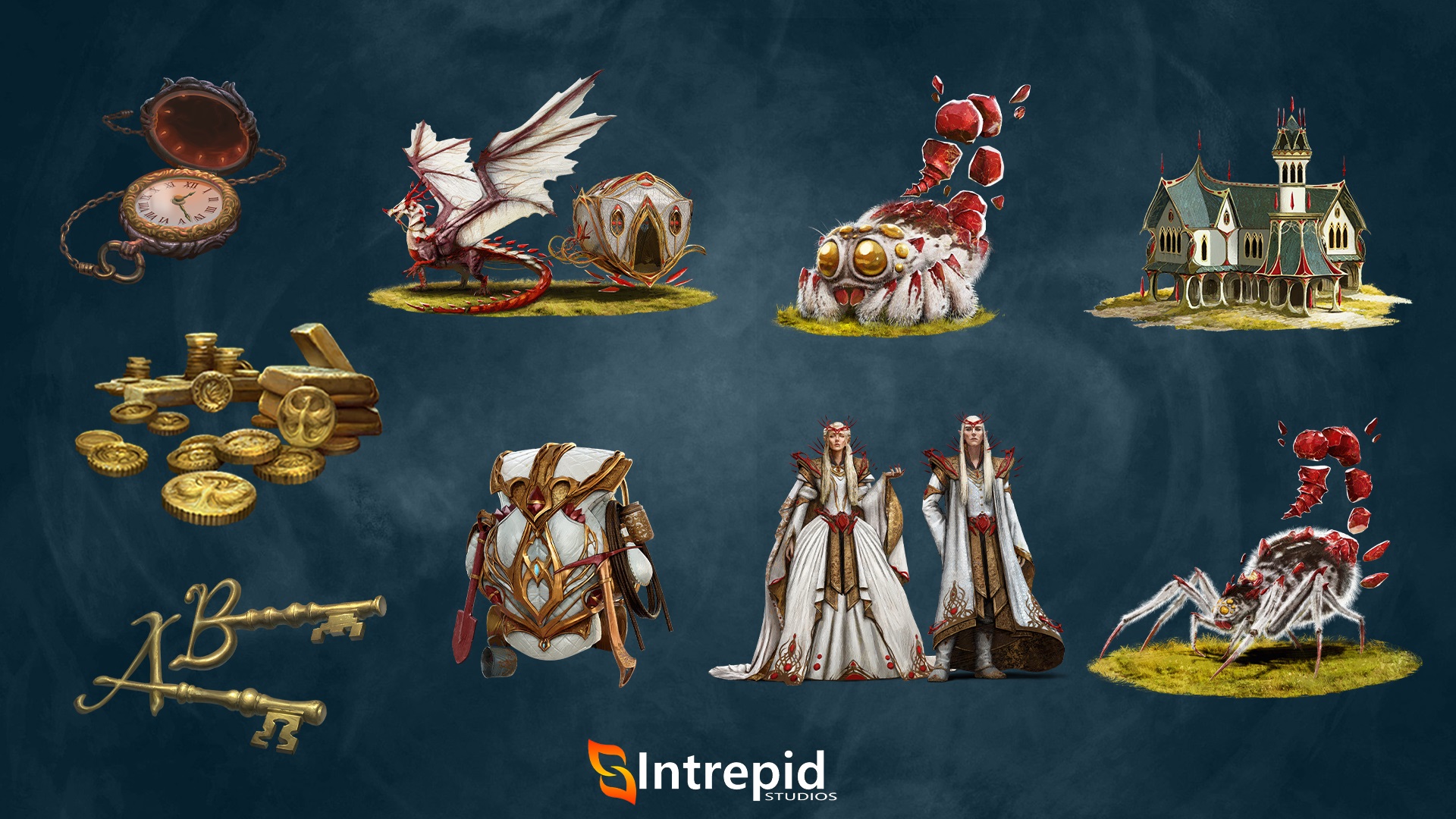 The journey matters. Fuel your wanderlust and embrace the adventure!

Founded in the early days of the Pyrian Empire by the elven noble Lord Pyrravyn, Featherstone Royal Expeditions have endured for millennia. What began as a small, specialized escort service catering to travelers who sought armed and mounted protection while braving Verra’s bandit-infested roads, grew into a full-fledged caravansery, travel agency, and adventuring firm.

Pyrravyn’s heirs fled Verra during the Harbinger Apocalypse and took the company assets with them, setting up shop anew when they arrived on Sanctus. The company survived the Sanctus Interregnum and even prospered – at least as much as any other firm run by Verran expatriates. When the Divine Gates reopened, Featherstone employees were among the first to return to Verra, the home of their ancestors, giving them a head start on other wilderness outfitters.

Today, the wisest Verran adventurers seek the most skilled and knowledgeable expedition guides before they brave the perils of the wilds. Featherstone recruits those best-suited to the tasks and terrain, with special consideration for any who have reclaimed the ancestral lands that their well-to-do customers most covet. Consequently, they employ elven, half-elven, human, dwarven, and even orcish guides. This practice is one of the many reasons why Featherstone Royal Expeditions is rapidly becoming one of the most popular and successful businesses of Verra’s Third Age.

For more information, check out our news post: https://ashesofcreation.com/news/2023-01-10-featherstone-royal-expeditions