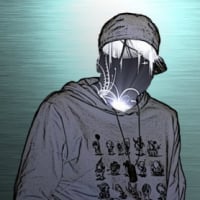 Kilion Member
January 20 in General Discussion
It has been well established that dungeon content will be something that can be contested by other groups in a way that it is not "first come first serve" for a whole dungeon and neither will it be infinite parallel instances only one group at a time will be in. However it seems - from what I know - that there is not much known beyond that.

So what I would like to do is gather ideas for what would be good ways to design contestable dungeons to have variety and avoid all dungeons having a "the strongest group will get the boss loot" design.

What we already know: Most dungeons and their bosses will be up for contest until the boss is dead. Dungeons will have "tiers" to them where parts of the dungeon will be designed for different levels.

And to make sure we are on the same page here - I am not trying to have no dungeons where multiple groups can be in the boss fight - I just hope to see different dungeon ideas alongside this one.

This first point is very straight forward: If there are enough (or too much) dungeons available even though the boss can be directly contested, it might not be anyone there who wants/needs to do so.

While in quests there is merit to the idea of progressing through a dungeon to find a concluding element in form of a boss, I don't think it is necessary to put up such restrictions in every dungeon. Again, it's about variety when it comes to keeping a system interesting. So if we have a let's say ancient temple full of living statues, there might be multiple bosses in there, all holding valuable loot that is not inferior to that of other bosses. That leaves players with the option to 'simply' use the time one group is dealing with a boss in the eastern wing of the temple to go after the boss in the catacombs below.

In some cases it might make sense to not have a contest IN the dungeon but to gain access to it. Let's say this temple is still brimming with magical force but due to it's age the protective barrier is not functioning properly anymore. When the barrier deactivates/weakens, it is possible to pull some of the guardian creatures out of the barrier and kill them to obtain a crystal that allows the group to pass through the barrier even when its up - or to simply slip in. However the time window to slip in and the numbers of guardian creatures is limited.

The temple dungeon in our example is now controlled by a Lich (he will be only available when the adjacent Node grows to level 5+; but other parts are accessible beforehand). To strengthen himself he wants death to spread, so he deliberately opens up the proving grounds of the temple, here groups have to compete in some kind of challenge and depending on their performance, gain access to more difficult or simply different parts of the dungeon. To the players this may look like a reward, to the Lich it is a way to spread them out and ensure that adventurers are sent into the appropriate death machine. This is a bit similar to point 3 but I would use this to pit groups explicitly against each other which means greater PvP risk so more PvE benefits when you succeed.

It would be fun to have some mechanics to make advancing through a dungeon more difficult for other groups that are further behind - for example by literally burning a bridge and forcing groups who came in later to take another, longer or more dangerous route. Of course this has to have its own price, consuming time and/or resources of the group passing the point they want to turn into an obstacle. It could also mean that they have to forego on a part of the loot or increasing the bosses difficulty (e.g. by creating a cave in they cut of one path for pursuers but a part of the final treasure chamber collapses and part of the bosses arena changes into dangerous/inaccessible terrain)


I really like the idea of not only trying to make it through the dungeon but also knowing that you have potential contestants sitting in your neck, which motivates players to really become very efficient at crawling through the dungeon and that's why I wanted to add some things to the ways these contests can be designed.
3
«123»