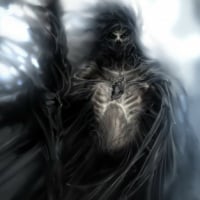 IAmWarden01 Member
January 23 edited January 23 in General Discussion
Hate. That's all I feel in this moment. Hatred.
I had spend 2 whole weeks cozying up to some idiot of a guard who was stationed to protect the resources gathered from the dragon-kin. He finally trusted me enough and asked me to watch the storehouse while he went to get some food. I happily obliged. After he left I went inside to get a bottle of the chemicals I was after. A few moments later and I found the bottle. I went to grab it, but everything went black. When I woke up a meathead was standing over top of me asking me what had happened. As I sat up to look around I noticed that ALL of the dragon-kin materials had been taken.
Another investigation was launched to see what had happened. I was quickly cleared of wrongdoing, due to the massive bruise on my head and neck from where I was hit and knocked unconscious. They concluded that a group of rogues from another town had managed to sneak into the village and steal away the materials. As it turned out, the meathead I thought I had been deceiving, had actually been deceiving me. He had planned to use me as a patsy to blame the loss of the goods on. He had been promised a small fortune in order to allow the rogues into the village, which is what he was doing when he had claimed he was getting food. They found his journal in his bunk explaining his plan, and then they found his corpse a few miles from the village. The rogues had killed him.
As frustrating as all that was, the real reason for my hatred is what happened afterwards. A week after the incident, I had been sent to work the stone quarry for the afternoon. On my way there, I was approached by a woman. She pulled out a bottle of the very chemical I was after and gave me an ultimatum: Use it to craft an embalming fluid for her and her "associates" or they'd expose me as a necromancer and have me hunted down and killed.
WHAT IS GOING ON!?
How did they find out I was a necromancer!? Why do they want the embalming fluid!? Why do they want ME to create the fluid!? Who even are they and how did this happen!?
I have been so careful! I have to think of a way out of this! There MUST be a way out of this!
I hate this! I hate this town, that guard, that woman THIS PLANET! I HATE IT ALL!!