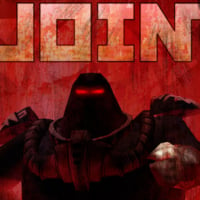 Azathoth Member, Braver of Worlds
June 2019 in General Discussion
Another recent thread had the following post by @damokles:

"IS said that every race will have its own specific starting node with an divine gateway (we have no idea which level these nodes will have, but i think they will be level1). The players can then freely choose between these startingpoints, except for the tulnar. So it would be reasonable to say that we will have around 9 starting points.
These starting nodes will be most likely be setup by the scouts and should be then in the expeditionary state, meaning that we will have to recruit npcs and care for the overall safety of the surrounding area."

My question is related to this.
Do you think the initial nodes we start in should level beyond whatever level they start at?

I think I would prefer them not to level. Having them remain static and lower level could push more players further from the starting locations. If the starting nodes did level, then they would likely level quickly and be hubs for a lot of players for quite some time. If they were the first nodes to level 3, 5, or 6 then new players might have fewer reasons to go outwards, explore, and help level other nodes.

Maybe not, I am not sure what all has been confirmed about the starting locations, except that they will be a safe zone. Perhaps this indicates they will be static and not like regular nodes that develop into towns/cities/etc.