New to MMORPG’s; how do I prepare? 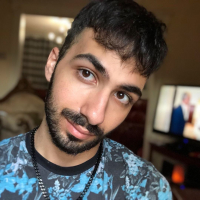 To start off, I am a complete newbie when it comes to MMORPG’s, only ever having played a few levels into WOW/Final Fantasy XIV before losing immersion/becoming outclassed/just not having fun with the world or systems. I love the role playing aspect of these games but found in terms of how I connect with the world/other players/how content is presented, I never really was wowed by the game.

AOC seems genuinely different and i’m super excited to start playing it, and i’m privileged enough to have been able to buy access to Alpha 2 and onward content, but I realize that compared to players who have played for literally over a decade in some instances, becoming competent at the genre/all these systems is going to take a while. While i’m not exactly looking to become a world class player right away, and I understand the development team wants the game to be structured in a way where it is going to be as friendly as possible to new players/casual players, I still want to be competent/knowledgeable enough to feel as if i’m making a substantial difference.

I feel as if this is the most daunting part of getting into MMORPG’s, is the vast amount of content to absorb/systems to learn/just general layout and cadence of the game. AOC seems to want to take the best parts of other games and mix/match them, along with their node system, to create their player driven story which sounds amazing, but how can I make myself feel more comfortable with the basic systems and rhythm of MMORPG’s without subjecting myself to playing a game like I have in the past that I don’t really enjoy? I hope this makes sense, and I realize I’ll have more time than most to be introduced to the game due to the early access i’ll have/i also realize there will be tutorials and such coming out relating to game mechanics/progression in the future due to there not being an NDA on Alpha’s/Beta’s, but I still feel a bit hesitant although majorly excited!

Looking forward to hopefully some veterans in the genre giving me (and other new/interested players who i’m sure are also nervous about being able to absorb everything that comes with getting into MMORPG’s) some advice! The idea of the genre seems amazing and I want this to be a game I can play for years to come, so anything that would make my introduction to it more manageable would be great!