Does it roleplay in AoC? 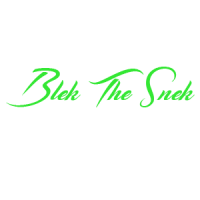 BlekTheSnek Member
February 16 in General Discussion
Hey all,
I have this idea for a guild within AoC and wanted to know if you think it is viable to roleplay this guild into existance?
The general idea is that the guild would act as a hub for bounty hunters. Every member can be assigned to hunt someone based on the PvP system of corruption, or take on odd jobs from the community.

Some examples: if there are no jobs to be done the guild can wander around the node in search of corrupted players to collect the corrupted bonuses of pk'ing them.

If a traveler/gatherer/merchant/crafter wants to go to another node, area, or complete a task in a pvp heavy area the guild will accompany them and act as bodyguards for hire

If someone is being griefed by another player whether the griefer has corruption or not they can pay a fee to put a bounty on their head within the clan.

Those are just some examples and i want to know two things;
1. Do you think this roleplay idea is viable within AoC?
2. What kind of roleplay do you want to breathe life into AoC?