Intrepid Studios is thrilled to announce that we will be participating in the Extra Life Game Day event for our sixth year in a row! Over the years, we’ve raised tens of thousands of dollars, and we hope that this year we can continue to make a difference in many children's lives! We’ll begin our 24 hour live stream on November 5, 2022 at 10:00AM PT.

Everyone can watch live at Twitch.tv/AshesofCreation for a chance to win Alpha Two access, learn new lore as we play a LIVE tabletop pen & paper game set in the world of Ashes of Creation, and more! 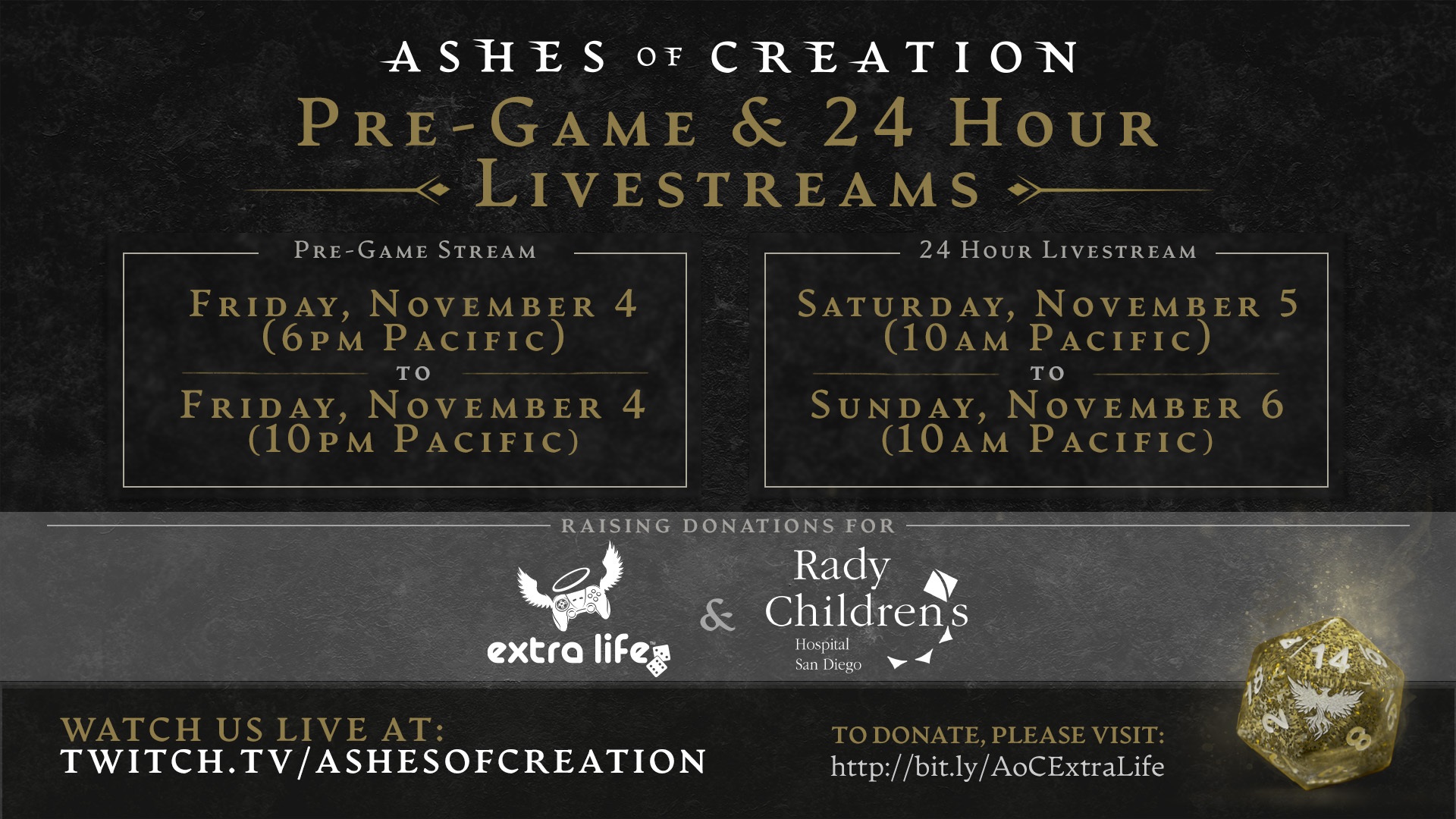 📺 In case you missed it, you can now watch the highlights of our 24-hour stream supporting Extra Life and Rady Children's Hospital! 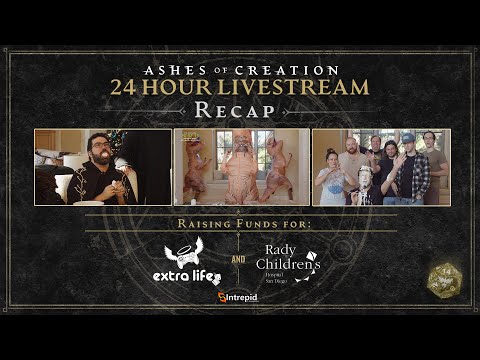 💕 Thank you to everyone who donated, tuned in, and helped raise funds for this life-changing cause!

P.S. We have an article that goes into further detail about our livestream here, on our website