[Theory/Speculation] Is Corruption "demonic" in nature?

ArchivedUser Guest
August 2018 in Ashes of Creation Lore
The newsletter we received recently states: "A glimpse of the powers you will harness in Ashes.  Wonders of the elements, radiance of light and the darkness of corruption."

The one that seems most obviously tied to "corruption" would be this one:

Now, there's a lot to be said about design intentions.  When made for a setting things rarely coincidentally look like something else—things such as color and shape can very well clue us in as to what the intentions are.  Which could be why these immediately reminded me of the only other white-pink-purple glowy thing I could think of that we've seen so far: 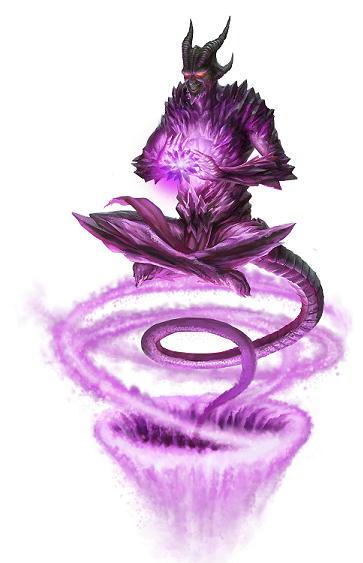 Then I started to think about what some of the enemies have been called in the past.  "Demonic Spider" and "Demonic Bunny" both come to mind.  We also know that all of the cosmetics have aspects of lore accuracy, so the idea of a "Demon" existing is legitimate in some form (even if unlikely to be encountered in actuality).

Then, we can look at other past quotes, namely these:
We also know that, on the opposite side of the coin—Angels must exist in some form.  "Corruption" vs. "Purity" is embodied no better than by "Demons" and "Angels".  Maybe the world of Verra was invaded by a demonic presence (corruption), lead by one or more of the gods who influence that sphere.

The one thing this doesn't account for however, is why (seemingly) heavily corrupted things seem to be red so far.  "Why would the force itself be purple, but the effects it gives off be red?" is something I haven't been able to answer for myself.  The most likely answer, to me, is that there are different kinds of corruption—maybe even stemming from different gods?  Otherwise, Demonic influences and Corruption influences might be entirely different.  Or, in perhaps a just-as-likely scenario: Maybe the color doesn't mean much at all.