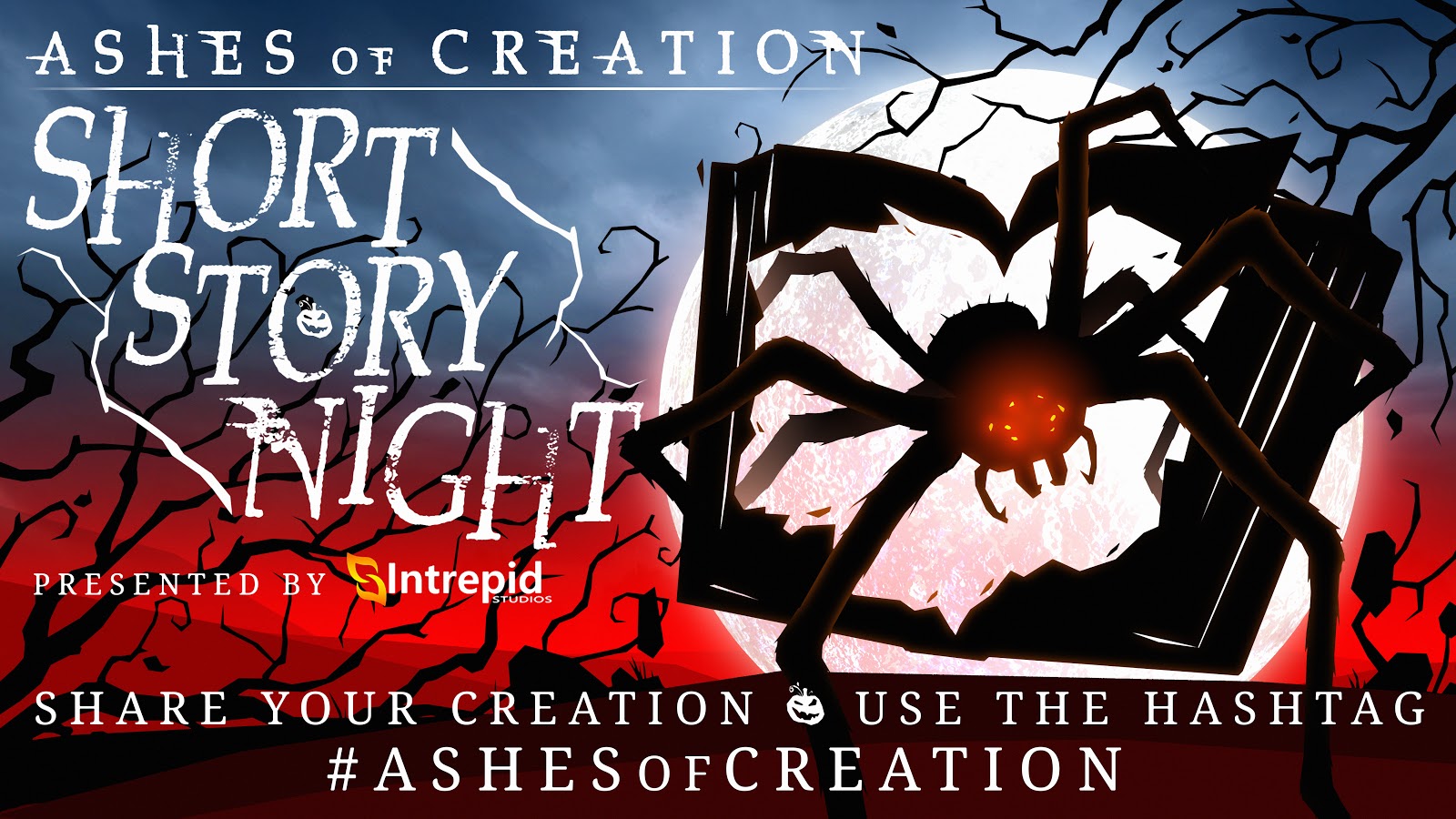 Gather around the campfire closely for on this Halloween, you’ll hear your spooky legends recreated by the whole Intrepid Team! Our hand picked winners will be read aloud, as we inform all Verra citizens of the terrors inbound. While many tales are no more than gossip and hearsay, perhaps our spookiest tales will come true one day.

Are you a Tolstoy in disguise, perhaps a Poe? Express your tormented twisted soul through the power of words. We invite you to share a local legend you’ve heard about the monsters lurking in your ancestor's homeworld Verra. While the world is still shrouded in mystery, many tales exist about all manner of creatures that haunt and prey upon unsuspecting victims this time of year.

Horror Short Story Night is a chance to go wild with your creativity, we hope to see all sorts of entries from our community but here are a few guidelines for you to follow:

It was a quiet night, the Intrepid Team was working late. Rain mixed with the L.A smog, creating a haze of elements to choke on. Knock, knock, knock. Who could it be? Surely not soft Peter, those knocks were far too loud. Knock, knock, knock again. Harder this time, impatient even. Grabbing the sword of Jeffery, Jeff Delierre called out to the intruder. “Who is it?” No reply. Perhaps they had left he thought, reassured of their safety. KNOCK, KNOCK, KNOCK. Reaching his trembling hand out to meet the door, the windows crashed, and from the thunderous silhouette of the night, the Sandal King Steven himself appeared. “DADDY’S HOME. NOW WHERE ARE MY ART ASSETS.” Shrieks of terror filled the air, to this day no one knows where the Art Team is. Family and friends, heartbroken can be seen wandering, looking, hoping for some trace of them.

*Note* While GM Sam’s entry is Intrepid related, it says nothing of the Ashes of Creation’s world Verra! Better luck next time GM Sam!

The Team at Intrepid Studios will handpick their favorites. Alongside receiving a forum shout out, and a no longer available Alpha One Intrepid Pre-Order pack, your Horror Short Story will be featured on the October 31st Spook-A-Thon Stream. Good luck our Short Story Writers, make us proud!

Don't forget to post and share on Social Media with the hashtag #AshesOfCreation. We will be picking winners from Social Media as well! ️