Roleplayers For The Implementation Of Custom Text Emote Functions 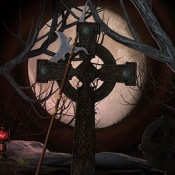 Halgrave Member, Leader of Men
April 2019 edited April 2020 in Role-Playing Tavern
Hey folks, Halgrave here. It seems that unfortunately the text-based emoting function "/me" or "/e", used in so many other MMOs as a QoL for Roleplayers that prefer to use custom text emote entries to express their character actions, may not be planned for Ashes of Creation. I'm making this short post as an interest check to allow the devs to potentially see a solid representation of those who would enjoy this function in the game. If you would also like to see custom text-based emotes functional in AoC for the purposes of RP, please leave something here in the thread and perhaps we may be heard.
Looking for a place to gather with other roleplayers? Look no further than Ashes of Creation Roleplay!
12
«12»