Keep an eye on Classic WoW 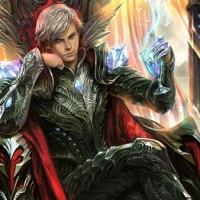 glory Member, Braver of Worlds
May 2019 in General Discussion
For better or for worse Blizzard is pushing forward with Classic. This version of the game takes a lot of the convenience factors out of the game, slows the pace of killing and leveling, and increase leveling time.

I'm not sure whether the game will be a success or a bust. However it is getting initial attention. So I think it would be beneficial to just watch Classic and use it to help determine what the elusive mmo community is looking for.
0