Your hopes for the final combat system¿ 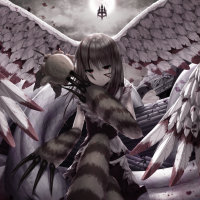 Joseline Member
May 2019 in General Discussion
I guess one of the most important things when it comes to wether or not one plays a game for a long time is the games combat system. No matter how flashy/edgy/beautiful/dark/realistic/cartoonish/animeish/etc a game looks, if youre falling asleep during combat all of that doesnt matter

So I guess most of us have some hopes when it comes to the combat system. I guess this already has been asked but How do you want the combat system to work/feel/function, what function should be there and what shouldnt be introduced¿

So, what are my hopes for AoCs combat system? Well.. I hope for a combat system thats simliar to the one BnS* offers. Block skills, AoEs that you can/have to outrun and iFrame mechanics instead of a plain hack'nSlash tanking-system where all the tank does is clicking a skill to become immortal while the archers are just running away and AFK-killing a boss
... er... ye..
I enjoy more complex mechanics without having to depend on them. I hope AoC doesnt end up as one of many HacknSlash MMOs but offers some unique interactions (in PvE as in PvP)

*Imo, BnS offered a pretty engaging PvE combat. Most classes are able to counter or block basic attacks, you had some sort of iFrames and depending which dungeon youre playing a single hit was could end your fight. It had (more or less) complex and unique mechanics for every dungeon that required some teamwork and wasnt all about DPSing and not DPSing but also about running around and activating specific triggers
0