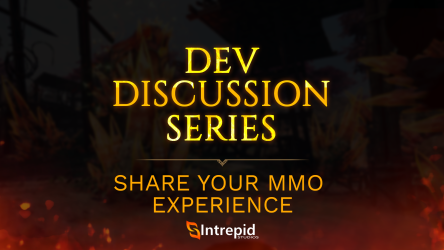 
Dev Discussion #4 - Share Your MMO Experience
What's the worst experience you've ever had in an MMO? What's the best experience?

Keep an eye out for our next Dev Discussion topic featuring your favorite types of content!