Ships, Sailors and the High Seas 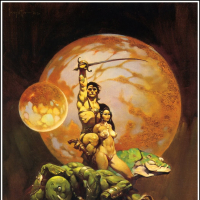 Karthos Member, Braver of Worlds
June 2019 in General Discussion
There's a depressing lack of discussion around here on the ocean/naval aspects of AoC. This is THE thing in the game I intend to devote the most time into, because if you know two things about me, it's that I'm extremely good looking and that I love ships.

This system has the makings of a fairly in-depth sailing system. What are your thoughts towards and hopes for ocean content in AoC?