So What Will Be The Point Of Open World PvP? 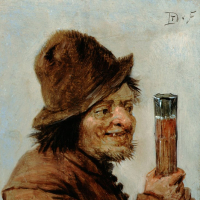 creighton Member
July 2019 in General Discussion
In a recent Live Stream it was mentioned that there will not be any sort of looting killed enemy players. I haven't been following this game too closely for the past year, but what I remember is that attacking other players gives you corruption, and the more corruption you have the more loot you may drop on death.

What I'm struggling to understand is what will be the incentive to attack other players and risk losing your gear? It seems like the risk/ reward is way off.