Healers and Supports: What are you hoping to see in AoC? 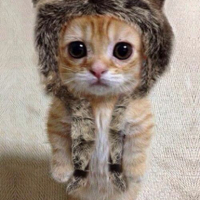 danada Member
August 2019 in General Discussion
Title pretty much says it all. I'm wondering what other healer/support players are looking for in Ashes in all aspects of the game.
Quick note: The vast majority of my experience healing comes from WoW. I've read stuff about other game's systems, but haven't played them personally.

What I'd like to see:
-Each class/augmentation to have its own unique niche/playstyle. From what I understand, the cleric is going to be the base healing class, and the bard the base support class. I'm hoping that when you augment your base class it changes the playstyle of it significantly. Just some basic examples: healing mainly through HoTs, specializing in AOE healing with weaker single target, healing through dealing damage, specializing in preventing damage with shields vs direct heals, etc.

-I don't want to feel like I'm a bad DPS class that occasionally heals. Please make it so I can spend the majority of my time healing, buffing/debuffing, CCing enemies, etc. I have no issues with playstyles that do mix in dealing damage with healing, but I don't want it to be the norm. To me this feels like a design choice to entice DPS players into healing/supporting at the cost of pure healing/support gameplay.

-Make healing "rotations" and spells interesting. I'd love to see spells that interact with each other in different ways. Casting heal A puts a buff on the target that increases healing from your other heals. Allies standing in your AOE healing have increased healing from your abilities, etc. There are probably a lot more interesting things that can be done, but these are just base ideas. Basically, I want to be thinking about the abilities I'm using and which ones I want to use next rather than mindlessly spamming 1 or 2 heals.

-On the topic of controls: I hope that for targeted heals I'm able mouseover heal, either through an option/toggle or a macro. Bonus points if I can bind these to my mouse buttons. Also, with action combat being in the game I'm really hoping that there aren't a lot of "aimed heals" with a reticle. Trying to aim a heal in a raid/PvP environment sounds terrible to me. I'd rather see more template style "action healing".

-For the UI: I'm hoping for customization for my party/raid frames. Coming from WoW there are a lot of raid/party frame addons that offer a high level of customization for stuff like postion, size, buffs/debuffs, incoming heals, etc. I want to be able to have as much information as possible so that I can make informed choices with my healing.

What do you folks think about all this? Agree/disagree? Any other points? I'd love to have discussions about this stuff!
0
«12»