The Wrath of the Gods - Religions Mechanic (Fan Suggestion) 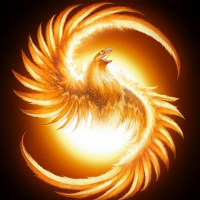 This is another "wouldn't it be cool if" kind of post containing my ideas and suggestions related to Ashes of Creation MMORPG.

This time, I'd like to talk about a mechanic that could be added to the religions in the game.

So far, we know that there will be 6 religions in the game based on 6 of the 10 original "god" entities. Worshiping the gods is a mechanic in the game, and as far as I know it would give you certain buffs or benefits. Also, we know that religions will be a prominent part of the game and the lore, and will even affect the way different cities look and feel. They will have their own quests, and ofc they will be even more prominent in Divine nodes (can't wait to learn more about that).

My idea revolves around the wrath of the gods. Meaning, the different things that could happen if the players of a certain server anger one of the gods.

How would we anger the gods? There are many ways that this could be implemented. These possibilities include:

- If one of the gods is being worshiped significantly less than the other gods. Basically, if players aren't choosing a certain religion, and the percentage of players worshiping that specific god goes below 5%, for example, that god would become discontent and his wrath would be unleashed upon the world.

- If players fail a certain number of quests related to a specific god, or make certain choices that go against that god's teachings and principles.

- If not enough religious buildings and sites are dedicated to that god.

- Or it could be that each god has its own mechanic which would result in their discontent leading to their wrath.

What happens when you anger the gods?

Here are my ideas for the 6 different religions/gods and the catastrophes they would unleash upon the world if angered:

Note: since we don't have enough info about the gods, what they represent...etc., my ideas will focus on the catastrophes themselves and how they will affect the players on that server regardless of how each catastrophe ties to each specific god.

God 1 - Pestilence: When angered, god 1 would unleash pestilence upon the world, causing different types of diseases and illnesses to spread across the world, causing players to become ill and suffer from debuffs that require certain medical aids to cure. These diseases would vary, and their effects would vary as well. Some of them might even be contagious, so players would have to react fast in order to contain them and do whatever they can to cure the diseased.
Curing the diseased could simply be done through clerics, potions, or spells depending on the type of disease. But in order for the pestilence to end, the god must be pleased by reverting the actions that lead to his wrath.

God 2 - The Swarm: When displeased, god 2 would unleash swarms of locusts that would travel across the entire world, destroying crops and causing crop diseases around the world. This would significantly affect crop growth and harvests, which would have severe implications on the economy until the catastrophe is solved by pleasing the god.

God 3 - Eye of the Storm: Beware the wrath of god 3 as he unleashes destruction upon the world. When angered, a massive storm would form over the world and would bring destruction wherever it travels. Lightning would strike down randomly and indiscriminately, causing fatal damage and forest fires, while the heavy winds would make it harder to walk in the wilderness and would slowly damage buildings in towns and settlements.

God 4 - Wrath of Nature: When angered, god 4 would turn nature itself against the races of the world. Wild beasts, enraged by the god, would turn into ferocious monsters that would devour anyone who dares to approach them. This would cause a portion of all wild beasts in the world to become stronger and more aggressive, and some trees might even spawn wild plants and roots that would attack passersby, making forest and jungle areas become very dangerous areas to travel through.

God 5 - The Titans: Upon angering this god, even the titans would rise to bring divine punishment upon the world. Several titans would spawn across the map; on land, in the sea, and even in the air, and they would start to bring destruction to everything in their path. Ships are attacked by giant tentacles coming from the depths of the ocean, a giant phoenix would rise and start burning cities and villages in his wake, while a number of large behemoths would tremble everything in their path as they march towards the largest cities in the world.

God 6 - The Roar of the Earth: When god 6 is discontent, the entire world will hear him roar in anger. The earth will shake, and buildings would crumble. Tidal waves would hit the coasts, and even the heavens would rain down destruction and fire as meteorites begin to fall randomly across the world. There will be no time to repair the buildings or rebuild, not until the wrath of the god has come to an end, and from rubble and ashes, the races would rise again.

Let me know what you think