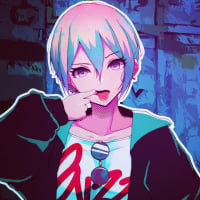 Blueh Member, Pioneer
November 2019 in General Discussion
There will be events like a giant dragon spawning in a node, and other such events. Do you guys have some cool ideas of other things like it that?

"Pocket dimenson/Dimensonal crack"
I have always like the idea in cultivator books, imagine a portal opening up to a pocket world without a loading screen ofc you can see into the portal would look really cool. The pocket realm would be open for a week or a weekend max and it should be kinda rare like 2-3 times a month max.

In the pocket world there will be full pvp all the time and 3-5 control points that give you points while you hold them. This is for guilds to compete over and the winner with the most points get some item rewards like materials and stuff. Also in this pocket realm there will be an abundance of mats to gather and some good Pve mobs to farm. This will make it a limited "hardcore" objective that top guilds/players can compete over.

I kind of imagine top guilds traveling from across the world to this objective bringing caravans and setting up small bases outside of it just to be able to send in their members in top shape. This will also give smaller guilds chances to ambush the caravans going back and forth from the portal with materials that have been collected or even act as mercenaries inside the portal.

I know its not a super thought trough idea but i kinda like it. Any of you guys got something u always wanted to see?

Inb4 nagash comes and asks for a event where u siege small towns and turn them into an undead army.
2