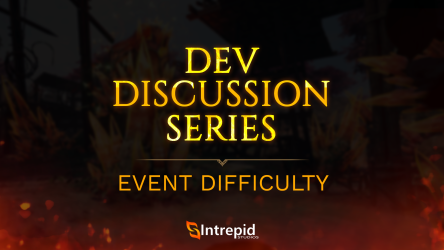 
Dev Discussion #12 - Raid & Event Difficulty
What are your feelings on raid and event difficulty? What are the tuning knobs that make an event difficult, while remaining fun?

Keep an eye out for our next Dev Discussion topic regarding your current gaming obsession!