Node deleveling instead of destruction 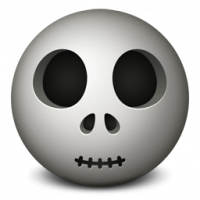 Undead Canuck Member, Braver of Worlds
November 2019 in General Discussion
What do you think of instead of being totally destroyed (down to level 0), nodes just go to Expedition or Encampment showing that there are still a few people left, but the rest has been destroyed.
We don't want the zone to stay at level 3 or above as those levels still have lots of NPC services.

Or even have the zone drop to a special alternate Encampment which shows some ruins that indicate this was once a greater area. Instead of regular tents for the NPCs, have a small fortified area to protect what is left.
The quests that are given then are more geared towards rebuild than exploration. They could even turn some of the stone or wood that was destroyed into resources to harvest. Maybe metal deposits to indicate dropped weapons.

Any other good ideas on what could happen after a successful siege?
1
«12»